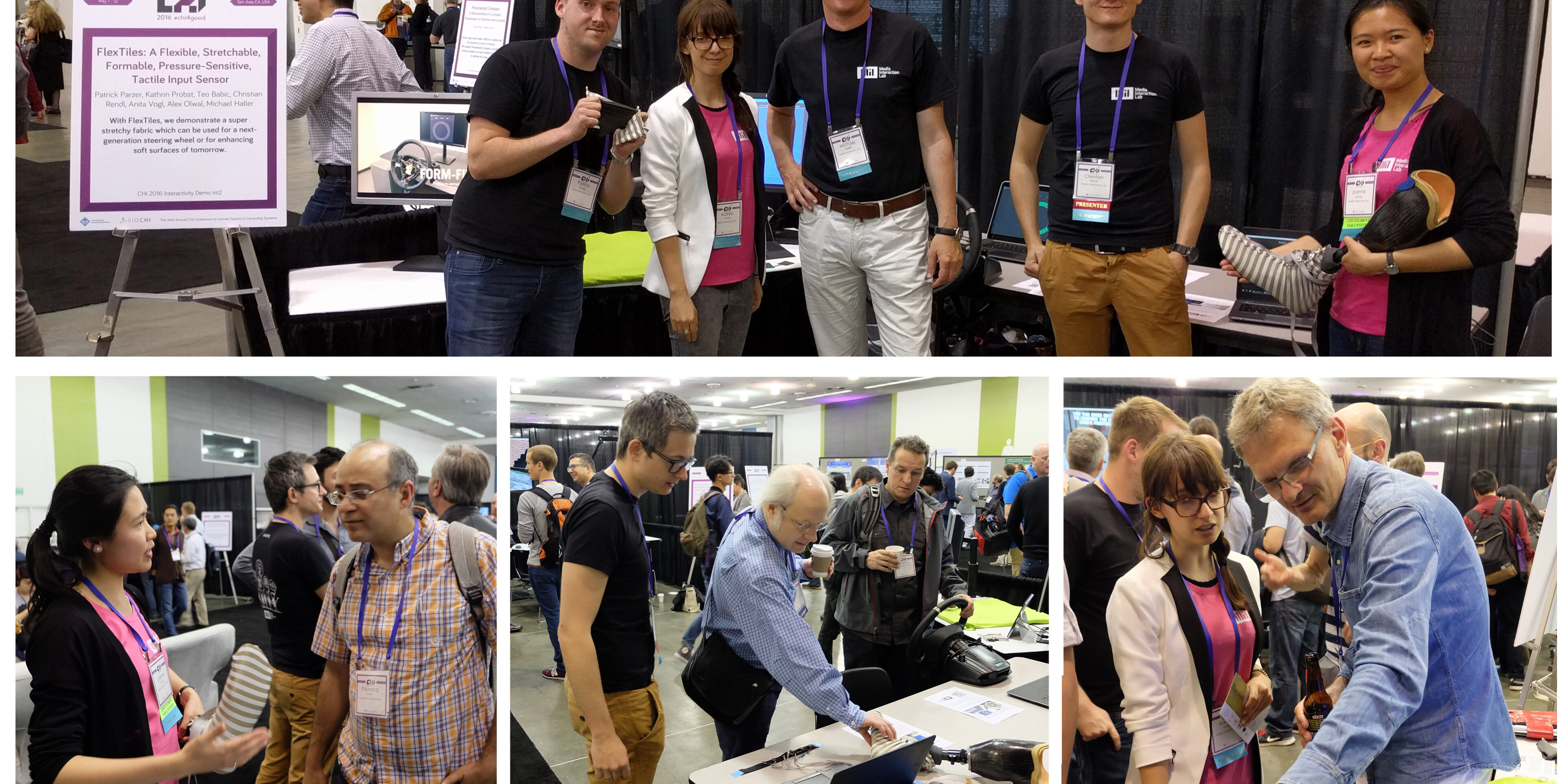 We are excited to announce that our paper titled “proCover – Sensory Augmentation of Prosthetic Limbs Using Smart Textile Covers” has been accepted for UIST2016!

Despite the high-cost of prostheses that are on the market today, none of them give users an ability to feel. The core vision of proCover is to introduce wearables that can be donned over prostheses to give users a sense of feeling in their artificial limbs in a non-invasive, self-applicable and potentially cost-effective way. After our hard work on this topic over the last year, we are now proud to announce that our efforts have culminated in a paper that we will be presenting at UIST2016! We are looking forward to showcasing our work, and we hope to see you later this year at the upcoming conference in Tokyo!

As a sneak preview, you can catch a glimpse of an early proCover sensing sock prototype, which we showcased alongside a pressure-sensing floor mat and interactive steering wheel at the CHI2016 conference in May.  There, we had the honour of meeting and exchanging ideas with many brilliant minds in the field of HCI – including Pourang Irani, Jakob Nielsen and Harald Reiterer!