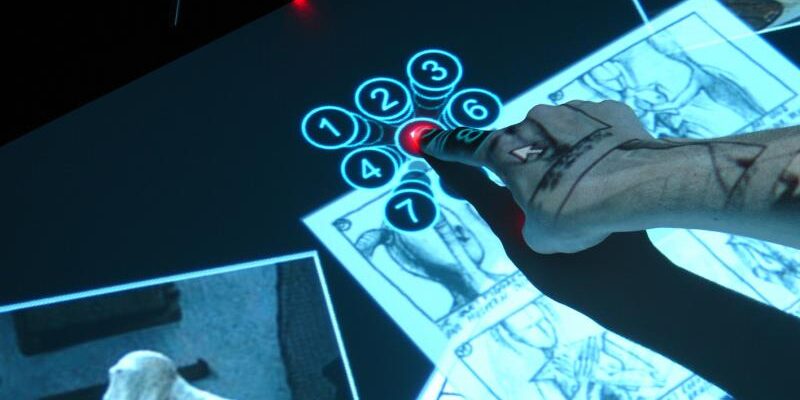 Coeno one is an around-the-table application designed for presenting a storyboard using tabletop technology in combination with augmented content. It is based on the coeno framework. The goal of coeno one is to present new ways of interaction and communication for the next generation working in spaces. Users bring their laptops and Tablet PCs into the environment, connect their devices to the system, and start exchanging their ideas by moving digital data (e.g. images, videos, digital scribbles, short animation shots etc.) to the table. They can move their private ideas to the public surface. Coeno one offers a smooth integration of portable computers into a meeting room, where the table and walls are acting as an extended public display. Equipped with a wireless multimedia mouse pointer, one person assumes the role of a coordinator and organizes the “unsorted” data by moving them from the workspace-table to the projected presentation-wall.

Moreover, the coordinator can re-organize the data on the table as well, thus move the scribbles, scale them, and rotate them accordingly. The most important features of the system are:

In addition, one of the primary goals of this project is to find out which of the implemented interaction metaphors will be accepted by the users. We want to eliminate the metaphors that are too tiresome and put more effort in those interaction techniques, which are compelling.