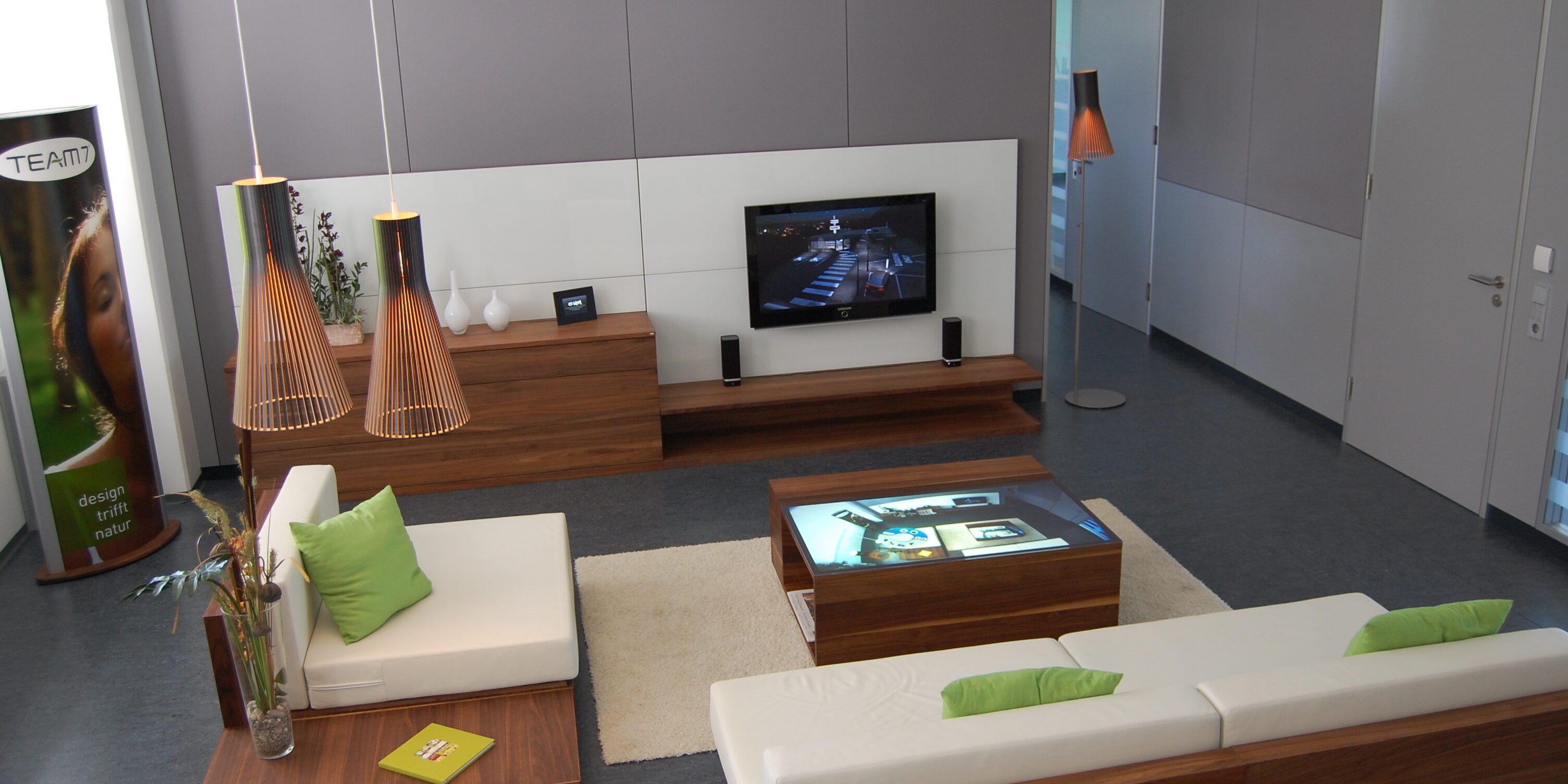 To address this issue, CRISTAL was developed. CRISTAL simplifies the control of our digital devices in and around the living room. The system provides a novel experience for controlling devices in a home environment by enabling users to directly interact with those devices on a live video image of their living room using multi-touch gestures on a digital tabletop.

CRISTAL is part of our NiCE living room at the AMSEC building in Hagenberg, Austria.