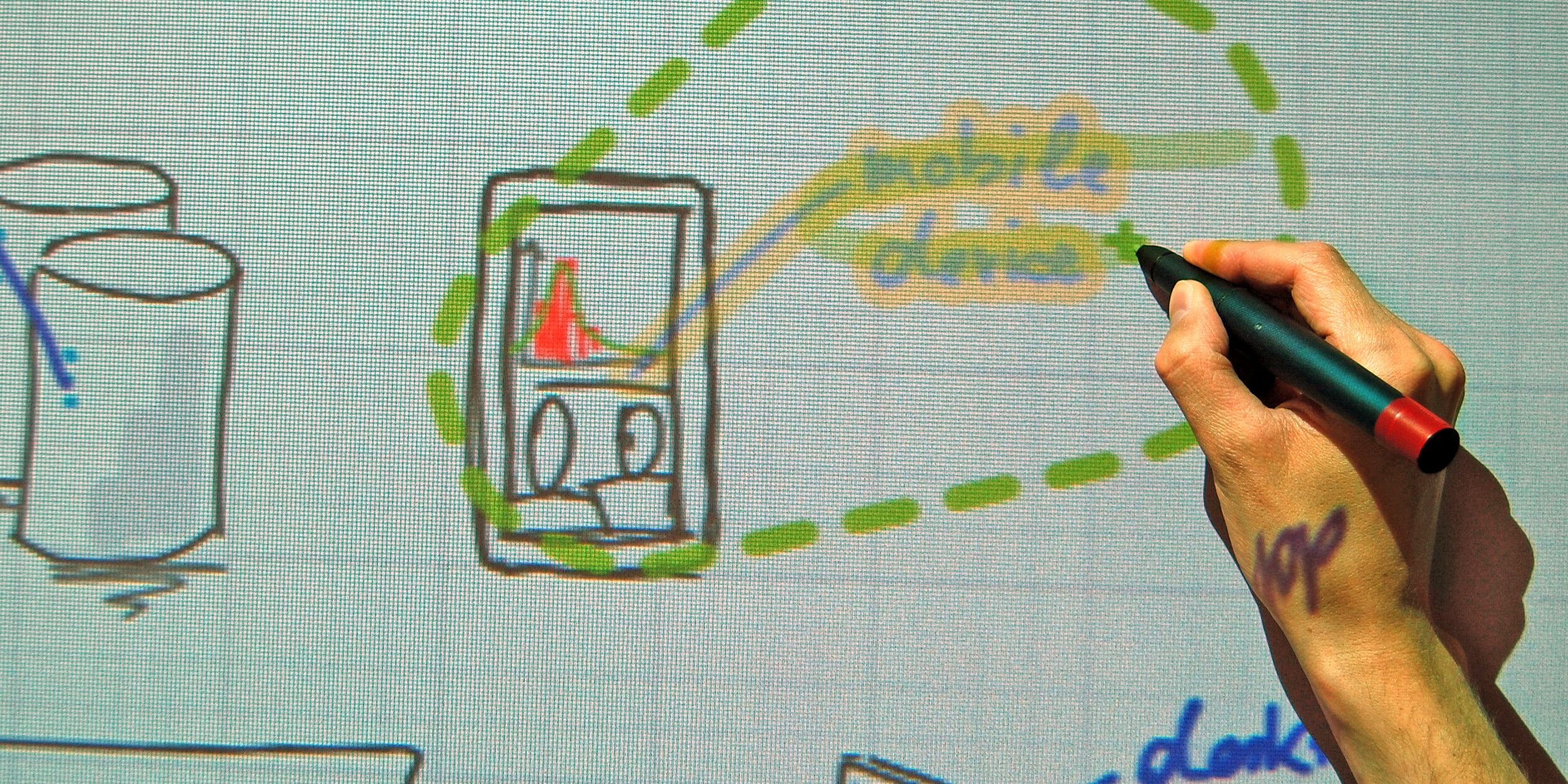 In this paper, we present the Harpoon selection tool, a novel selection technique specifically designed for interactive whiteboards. The tool combines area cursors and crossing to perform complex selections amongst a large number of unsorted, ungrouped items. It is optimized for large-scale pen-based surfaces and works well in both dense and sparse surroundings. We describe a list of key features relevant to the design of the tool and provide a detailed description of both the mechanics as well as the feedback of the tool. The results of a user study are described and analyzed to confirm our design. The study shows that the Harpoon tool performs significantly faster than Tapping and Lassoing.

The Harpoon selection tool is designed to combine and extend several selection methods for an easy and fast selection of single targets as well as collection of ungrouped items. It is based on the “Slide Touch” strategy. Targets are selected when the pen-tip touches the target for the first time after landing on the screen surface. In contrast to the strategy described in, a selection area (which we term spot from now on) instead of a single point is used for hit-testing.