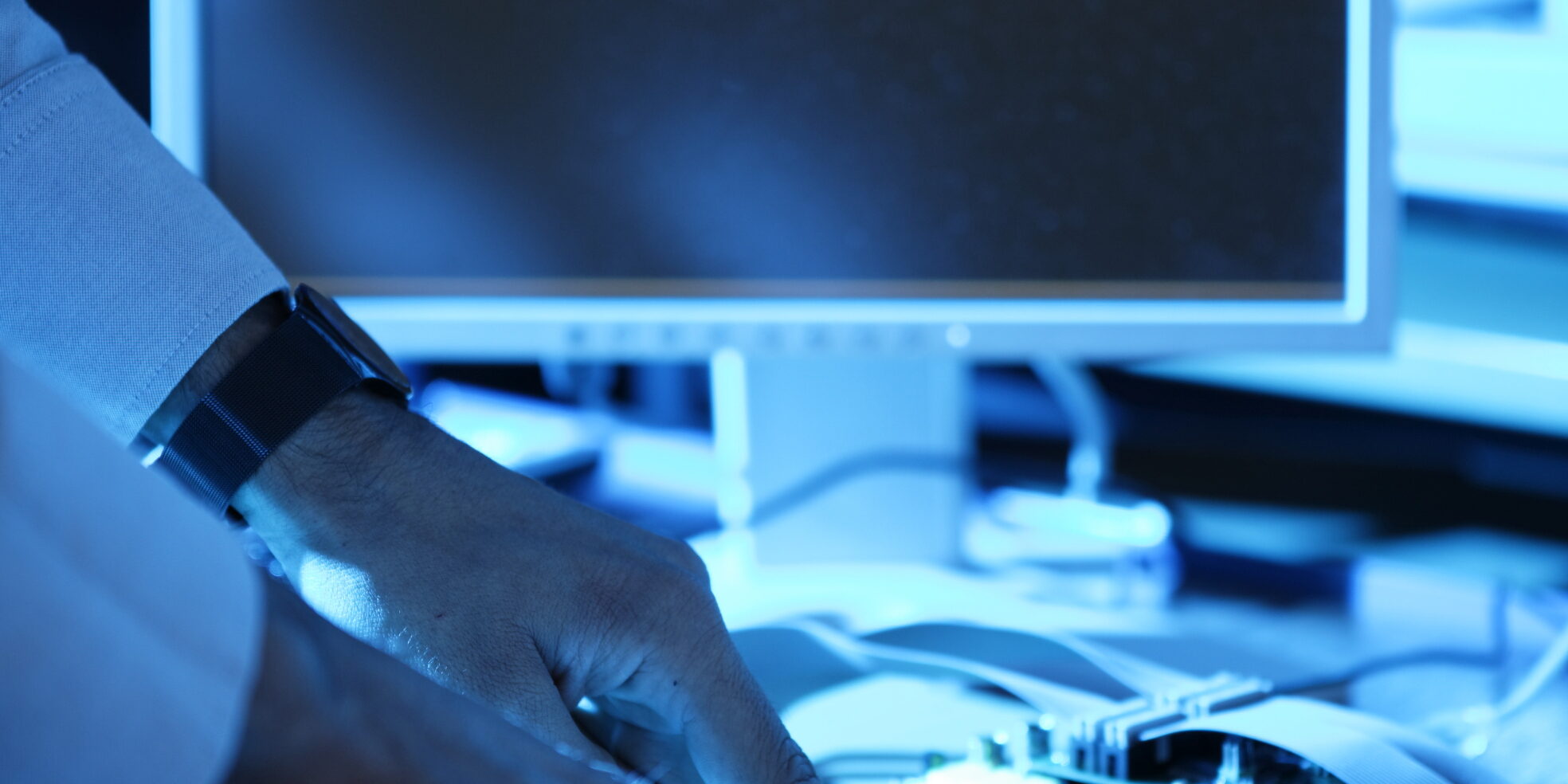 Ferroelectric material supports both pyro- and piezoelectric effects that can be used for sensing pressures on large, bended surfaces. We present PyzoFlex, a pressure-sensing input device that is based on a ferroelectric material. It is constructed with a sandwich structure of four layers that can be printed easily on any material. We use this material in combination with a high-resolution Anoto-sensing foil to support both hand and pen input tracking. The foil is bendable, energy-efficient, and it can be produced in a printing process. Even a hovering mode is feasible due to its pyroelectric effect.

Over the last decade, touch sensing devices have become more and more important. Most researchers tried to improve multi-touch by introducing capacitive, resistive, or optical sensing devices. Although most of them provide already a multi-touch sensing, it is still often not possible to track input pressure efficiently. Tracking pen and touch separately in combination with pressure tracking provides new possibilities for user interfaces and interaction design: entirely new tools or even new interaction modes are possible due to the simultaneous use of pen and touch (e.g. touch input could be used for manipulations or navigation, whereas pen input could be used for accurate annotations). With PyzoFlex, we present a novel sensing device that is based on a pyro- and piezoelectric sensor matrix that is screen-printed on a flexible film, and can detect changes in pressure and temperature respectively.

Piezoelectric materials are like wet sponges, once you squeeze them water/charge pours out. The amplitude and frequency of the signal is directly proportional to the mechanical deformation of the piezoelectric material. The induced deformation of the piezo-element causes a change in the surface charge density of the material resulting in a voltage appearing between the electrodes. The piezoelectric coefficient describes the amount of electrical charge generated per applied force unit.

For our prototype, we printed the following materials:

PyzoFlex is a trademark of Joanneum Research