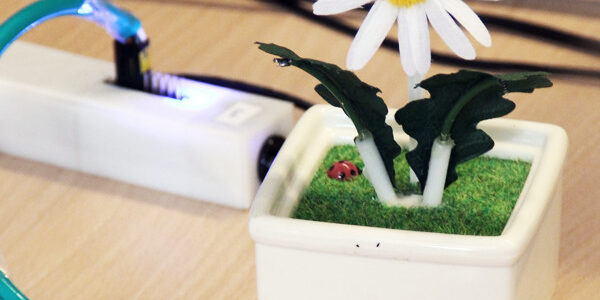 A typical office workplace is a computer workstation where the average office worker spends about 50,000 hours seated in the course of his/her working life. As a consequence of this motion deficiency about 40% of all office workers are going to have back problems. The computer work typically results in low-level static loading of back, shoulder and neck muscles as well as in static spine loading. Prolonged, static sitting is associated with muscular disorders, the development of disc degeneration or the increase of spine stiffness. Dynamic sitting, thus a behavior where the person dynamically activates lumbar muscles and spine movement is increased in a physiologically reasonable range is beneficial and will help to prevent back pain.

For most people it is difficult to check their sitting behavior and posture while working concentrated on a task and most of them usually are not aware of the time they spend on work activities while sitting statically. In order to improve the sitting behavior of office workers, we developed an intelligent office chair, which allows us to classify the sitting posture and the corresponding time the person sits statically in any position. The aim of the intelligent office chair is to guide the person through an effective feedback to a more dynamic and healthy sitting behavior.

We developed an ergonomically adjustable office chair equipped with four sensors measuring the office worker’s posture. To remind users of doing a short training or stretching session from time to time, we implemented three different feedback modalities, with the goal to find out which of the techniques is the most effective interruption modality with minimal disruption:

User study results show there are different effects on performance and disruptiveness caused by the three interruption techniques. While the vibrotactile feedback might have higher information awareness benefits at the beginning, it causes a huge intrusion side-effect. Thus, the physical avatar was rated less disruptive to the workflow as the other two feedback modalities.